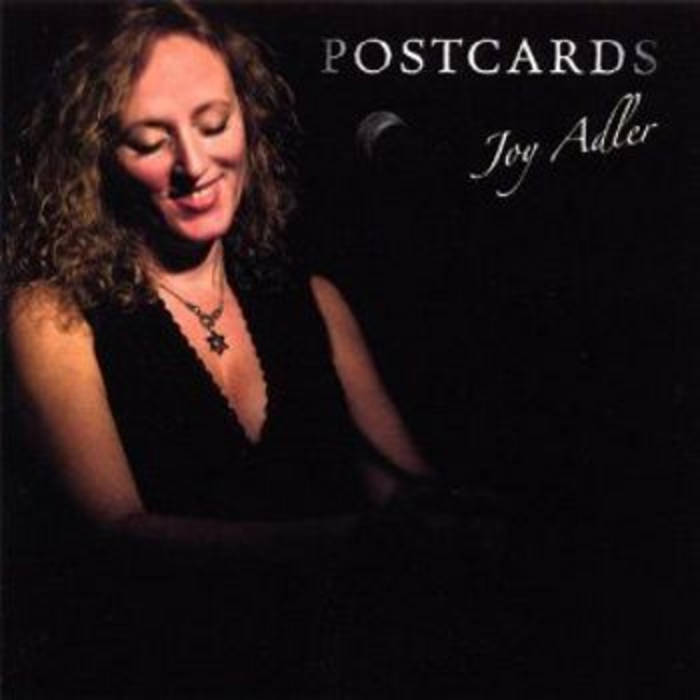 Rare, stunning, transcending; Joy Adler is an extraordinary vocalist who sings from the depths of her being and risks revealing it to the world to create one-of-a-kind concert experiences.

Although Joy first began singing music in church as a child, because of the power and range of her voice, she began her career as a rock singer. She specialized in bringing her own interpretation to songs traditionally sung by men, like Robert Plant, Jimi Hendrix, Elton John, and bands such as Bad Company, Thin Lizzy and the like.

Later she perfected her stage performing and stretched herself vocally by singing r&b as well as lighter musical influences like pop and jazz standards on the stages of Atlantic City.

As Joy begins to hit her stride, enthralling audiences with her original songs played by her own group of talented musicians known as "The Souls of Evolution", as well as performing as lead singer and lyricist of The Patricia White Buffalo and the Heaven on Earth Ensemble. She continues to garner critical acclaim for her energetic performances and the raw emotion she emits onstage, as well as her songwriting.

Musician, Healer Patricia White Buffalo says "Joy has the ability to channel blazing light through her voice, and no one is left unmoved." Although self taught, Joy knew how to master the art of singing by studying and reproducing sounds she heard from her greatest teachers, Ella Fitzgerald, Aretha Franklin, Art Garfunkel. She spent years attempting to replicate their vocal gymnastics, and wouldn't stop practicing a song until she was able to hit every note that she heard them sing, and transform them into a sound of her own. As a result, her voice has been called "soulful" yet she has an astonishing ability to sing almost any musical genre. Joy says,"The strength of all the great artists is that they would allow the world to see their unique essence, by baring their souls on stage. This is what I seek to do. I know if I sing from my heart and soul, it moves the audience in profound ways."

But singing is not Joy's only forte. She is a songwriter who can write with honesty and frankness. The depth of her writing, combined with her voice and delivery can transport you to the heights of the angels or to the depths of despair, with a rich tonal quality and expansive range that makes Joy Adler one of the most gifted singer/songwriters of our time!

In 1999, Joy was presented with an award from The Rebellious Dreamer Foundation. This grant is given to women of exceptional talent and provides them with mentoring and financial support. She used this award to produce her CD of critically acclaimed original material, aptly named; Rebellious Dreamer.

Joy has performed on stages all over the world. In January, 2003, Joy was crowned The Royal Caribbeans Idol Search Champion Female Vocalist. In addition to still occasionally performing and recording with other artists, Joy has been writing music for film and television. Her song "Coming Home", was just used as the soundtrack song that plays under the final scene in the soon-to-be-released indie film, "Deer Baby." Additionally she has had 2 ambient songs from her latest CD used in film shorts in early 2007.

She has clearly grown and developed as a captivating performer, singer and songwriter, to prove herself a lasting artist. Joy currently resides in NY, but longs to continue touring all over the world, particularly Europe, and to write beautiful music for film. She enjoys marrying music with visual tapestries to move the viewer to new planes within.

Most recently Joy won the "Sunmark Bank, Shine Songwriting Contest" for her gospel song she wrote with Bill Pernice called"Shine", which was placed on their compilation disc, and she was a featured performer at their cd release concert. She and Bill are also up for "The Annual Peace Driven Songwriting Award" for their song featured on this site, "Your Love is Everything".