by Architecture of the Absurd 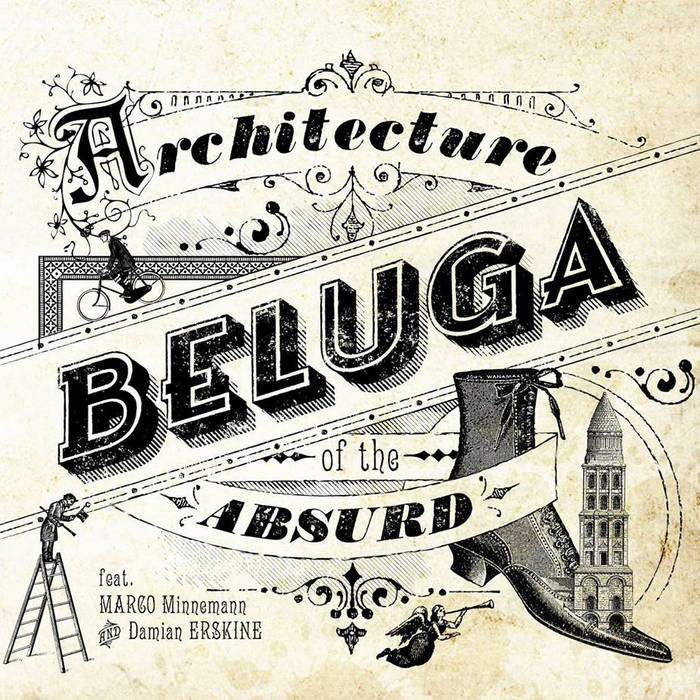 Architecture of the Absurd is a Progressive Rock band. The same kind of rock that motivated thousands of avid brains to join a musical movement that enclosed everything. That undefined rock, with no boundaries or limits. That rock laughed at the world and at itself, a delicious caricature of music.

BELUGA gathers influences from bands like Vander Graaf Generator, Gentle Giant, or King Crimson. It filters them through a Mr. Bungle strainer and performs in an imaginary Cirque Du Soleil. The result can’t be more unpredictable. Nothing is what it seems and nothing looks like nothing.


This seemingly senseless parallel world has been created by Lorenzo Matellán and Razl, two musicians characterized by an unlimited creative inquisitiveness fed by their ability to transform the simple and pretty into weird and odd, which can actually be a bit scary. At least it might trouble you. Through their compositions, Beluga proposes imaginary situations based on tales, movies, or stories they’ve heard, and they put them in very direct words, with extraordinary double meaning.

Lorenzo Matellán is a keyboard player and a sound engineer defined by his restlessness and his need to be musically free. He’s obsessed with breaking his own walls, eliminating complexes with machines that can generate very absurd sounds. His motto: anything goes except the word “ni”.
Razl is an out of the ordinary guitar player. After a constant process of finding himself, he discovered that he was more than one person, which led him to fund Beluga. His solo albums, “Rotonova” and “Microscopic”, got very good critics in specialized media, but now, he finally embraces the project that will take him to a cosmic fame. Whatever that means.

The presence of the extraordinary (and no less weird) drummer Marco Minnemann has given Beluga an extra push. His participation in the project has taken the band to give a step forward in their musical intentions, strengthening them with a rhythmic weight only comparable to the power of the engine of a stellar spaceship taking off.

The last tier of this intricate network has been Damian Erskine, virtuoso bass player who has perfectly understood the fevered and damaged minds of L. Matellán and Razl acting as the perfect glue between the uncontrollable pulses of Marco and the incoherent musical methods of Beluga.

Architecture of the absurd is the final result of something that started in a totally random and undefined way. Most of the tracks have shaped themselves almost at the very final moment before entering the recording studio. Both Lorenzo and Razl kept suggesting new ideas and fragments that were stored in a sort of imaginary archive without knowing how many tracks would finally be part of the album. At some point, the number of musical fragments was so high that Beluga started to feel a bit stressed about not being able to use them all. So, they set up a specific date to start recording; stop the constant influx of ideas, and put some order in everything that had been created too far. As it was extremely difficult to make sense of it all and use every idea, Beluga tried to think of a more abstract concept for the album, something with and without meaning. And under this notion, they integrated all the fragments they had and shaped the tracks.

Razl is a guitar player who is obsessed with searching new formulas to express himself musically. His two solo albums, Rotonova and Microscopic (in which he collaborated with musicians like Mike Keneally, Bryan Beller, Dean Brown, Damian Erskine or Charlie Dennard) show this odd tendency. With Beluga, Razl has taken care of the vocals too, finding a new expressive toy by chance.

Lorenzo Matellan is an extremely curious keyboard player and sound engineer. He started playing with progressive rock and psychedelia with his first serious band and after collaborating and producing different styles like rock, pop, hip-hop (Frank T) or electronic music oriented to disco and funk (Guateque All Stars) he is coming back to his origins, where he really feels free. His only rule is to turn imagination into his only boundary and use all possible tools around him, musical or not.