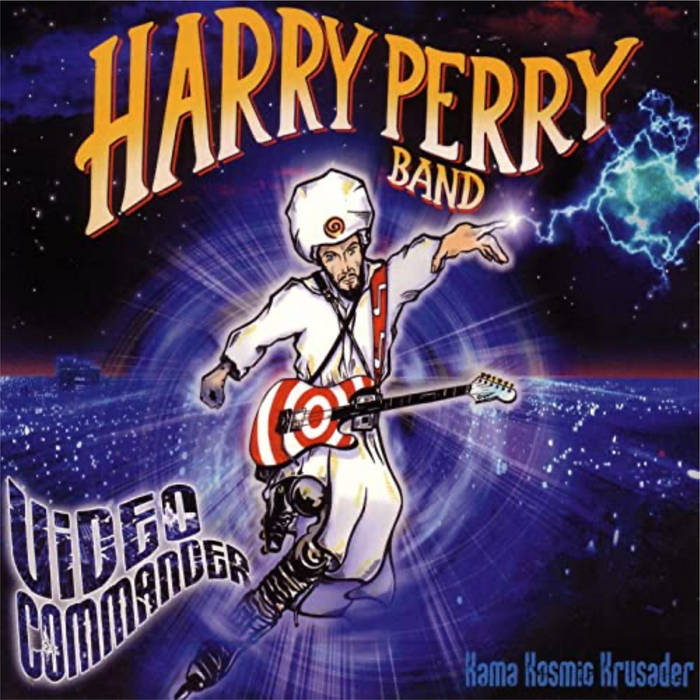 Science Fiction Rock is uniting the love of mankind so that we are prepared for the eventuality of a world of human-like machines and extraterrestrials.

On his path as an adventurer Harry Perry has been the personal student of guitar virtuosos and yoga masters which have enlightened the birth of his creative genre. Having taken the practices of these great contemplatives and reinventing them in his many hours of repetition, self-corrupting them into a new musical fusion depicting the galactic battle taking place in virtual reality, he continues on the organic path as a human visionary.

All philosophic paths and religious doctrines lead to the same eventuality in Man's destiny: the end is just as final for everyone.

Kama Kosmic Krusader is a crusade uniting the love of mankind so that we are prepared for the eventuality of a world of human-like machines and extraterrestrials all competing intergalactically in the rat race of an interplanetary interstellar economy.

The unity and love aspirations of mankind and our spirit of artistic creation shall be the only things ensuring the continuing existence of the human species.

The existence of life beyond our world had become more than a belief system because of the number of factual encounters and true life experiences with aliens and interstellar intelligent machines documented.

The truth of the matter is much more than an epiphany, it is real interstellar communication by telepathic, technological, and verbal means.