The Deja In My Vu 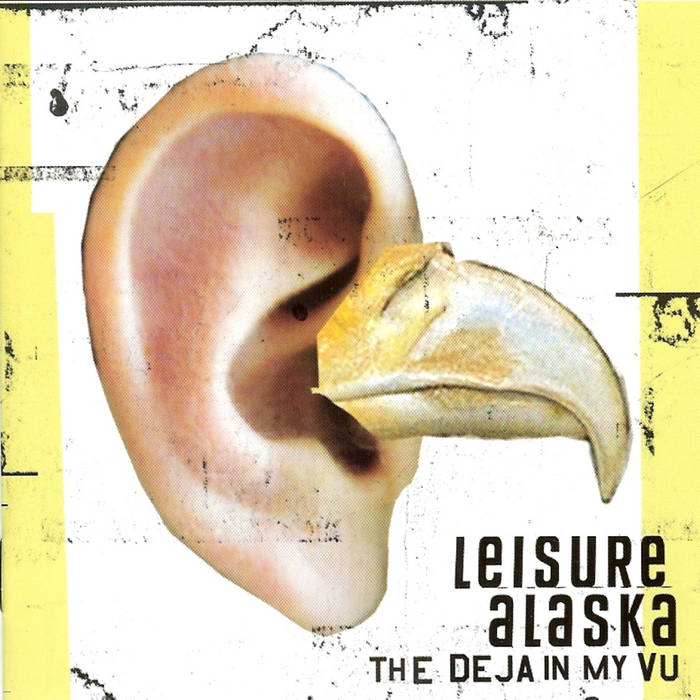 Leisure Alaska took Denmark by surprise when their first single “Hey There Mr.” entered the Danish video chart at a startling #1. The setting of the video was a surreal 3D animated landscape where ears flew, mouths walked and noses crawled. The video was a puzzling yet intelligible look into the world of Leisure Alaska. It gave their debut album “The Deja in my Vu” an impressive kickoff and thus formed a big and important chapter in the ongoing story of Leisure Alaska.

The beginning of the story, however, took place in a less mysterious place. The three guitarists that eventually founded Leisure Alaska met for the first time on the rooftop of a shopping center. Bjarke Søballe Andersen, Andreas Fog-Petersen, and Jakob Rasmussen took part in the same repelling course. Despite the non-musical content of this event, they got to talking about the rock bands they all enjoyed and the fact that they had all just started playing guitar. They decided to form a trio. Since rehearsal rooms were hard to come by in their neighborhood – a small Danish island – they met up at each other’s houses and recorded weird-sounding songs on cassette tapes.

Come time come ambition. The three young men did not want to hide their talents forever. So they moved to Copenhagen – both musically and officially the capital of Denmark. Here they found the British bass player Neil Grimes and the drummer Kasper Rasmussen who both had a superb understanding of the dynamics that the guitarists were trying to build between their instruments and vocals. The local producer Joshua seemed to agree that the five people now forming the live setup were a perfect match. After one of their highly energetic shows, Joshua jumped onto the stage and insisted that Leisure Alaska would come and try out his new studio with him. After recording a few demos with the band Joshua decided to form a record label and release their debut album. And thus Leisure Alaska began its long ascend that would take them much higher than simple shopping center rooftops.