Thanks for the Opposite of Nothing 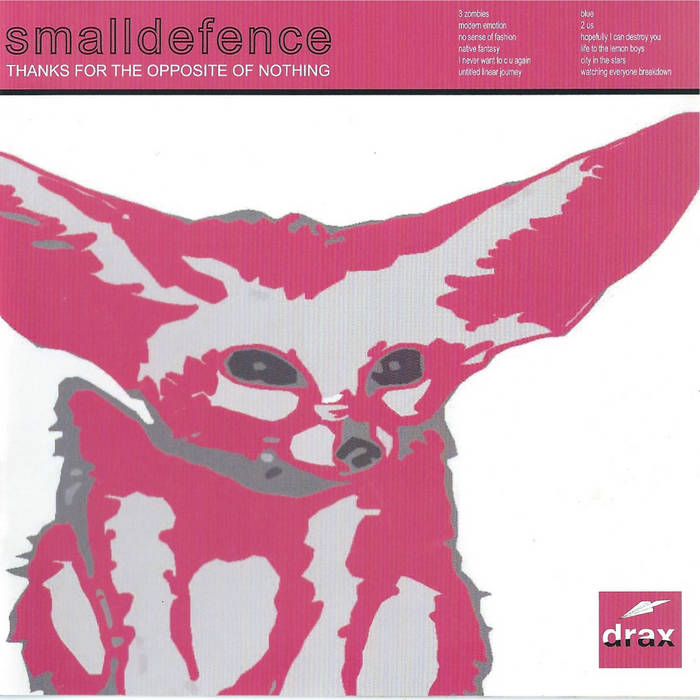 Formed in 2000 they began exploring the electronic side of music and quickly forged their own style.

2002 saw them sign with One World Music for the release of BAMBOO SOUP, a collaboration with Shakuhachi grand master Riley Lee. A record that fused the organic tone of the ancient instrument with the electro-ambient moods of Small Defence, it received great reviews around the world and sold well.

They pushed their boundaries further into dub, rock, and electro.

The single Rock N Roll Funeral was given some spins on the Australian national radio station, Triple J, and added to Sydney’s Fbi Radio playlist.

THANKS FOR THE OPPOSITE OF NOTHING was released in 2006 on their own indie label Drax Records. It has the courageous digital exploration of BIMBY mixed together with warm analog pop songs. The 1st single from this record, I Never want to C U Again was added to Fbi’s top songs, and the album was added to their playlist as an album packet.