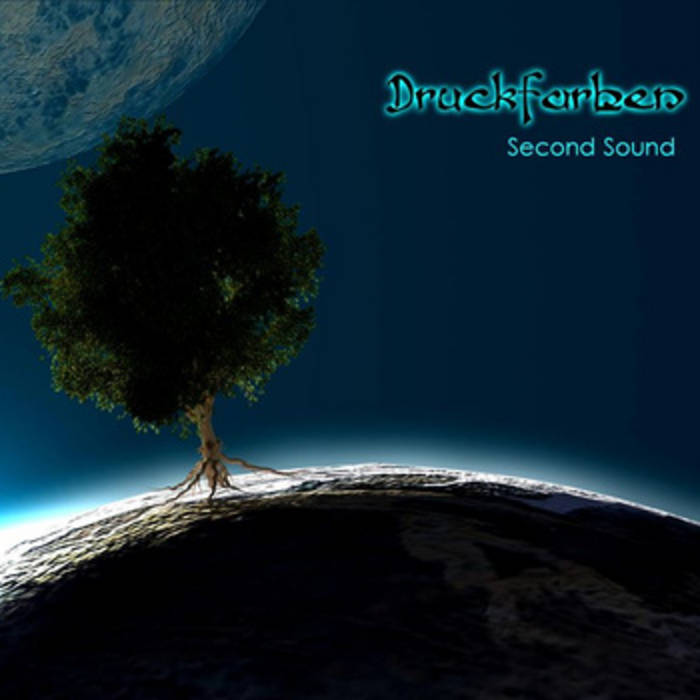 Second Sound features bold new colours in such songs as “An Answer Dreaming”, “In Disbelief” and “Liberated Dream”, and concludes with the 19-minute “Second Sound” suite. “This is a natural progression from our first album,” says guitarist Ed Bernard, “but also introduces musical elements that might be surprising to those who know our music so far.”

Bernard leads the group, which was formed in 2008 along with bassist Peter Murray (Surrender Dorothy, Ron Sexsmith), keyboardist William Hare (Crystal Shawanda, Angelica DiCastro, Abraham's Children), drummer Troy Feener (Full Nine, Tom Cochrane) and singer Phil Naro (Talas, Peter Criss, DDrive). In German, Druckfarben means “coloured ink used for printing on textiles or other media.” In the mid-80s, teenaged Ed and Troy had no idea what the word meant when they discovered it stencilled on mysterious black barrels in their rehearsal studio. But many years later it resurfaced as the name of Canada’s great new prog export.

All five members of Druckfarben grew up with a shared love of classic progressive rock music, such as Yes, Genesis, Gentle Giant, Rush, King Crimson and Kansas. They played their first show on March 1, 2008 in Port Credit, Ontario. Their self-titled debut was released in October 2011, followed by a live DVD (Artifact) in 2013. They quickly built up an international following, including supporters such as Kim Mitchell, Nick D’Virgilio (Spock’s Beard), and Maurizio Guarini of Italy's Goblin, as well as producers Terry Brown (Rush) and David Bendeth (Bruce Hornsby, Paramore).

The band is eager to perform the exciting new material from Second Sound live throughout 2014 and beyond.