Read Between The Lines 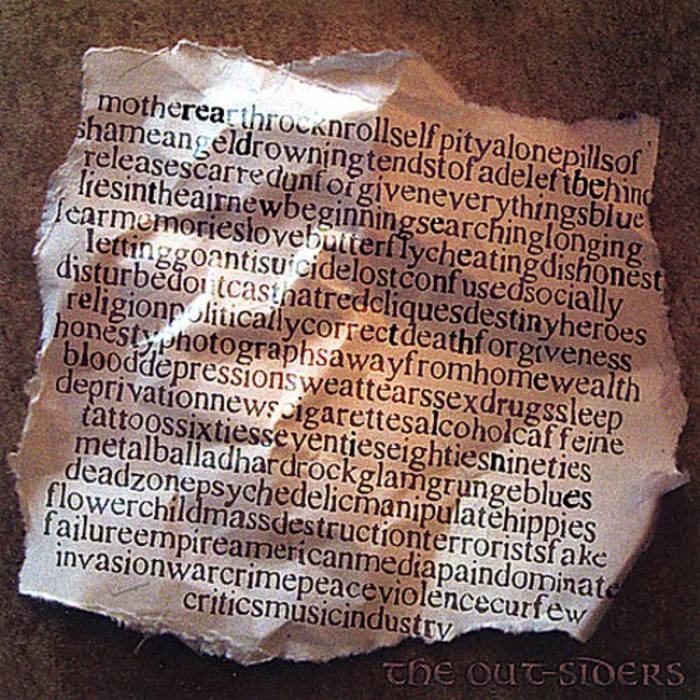 The eighties were the decade of decadence, where everything was done in excess, a time where hard rock bands like Motley Crue, Ratt, Wasp, and Poison ruled MTV...A time where every young kid in America wanted to be like their idols on Headbanger's Ball...Chris Blevins was no different. Here was a young teen whose talent exceeded these guitar-driven influences he was accustomed to. Although the 80's had left an indelible impression on Chris, it also left a bad taste in his mouth. It was an era in which bands were idolized not for their music, but instead for the outrageousness of their members.

Chris grew up in a small town in Mississippi, where he was singing to his mom's old Elvis records by the age of six. By fourteen, he was playing guitar, thinking that being a "guitar god" and indulging in the excesses of "sex, drugs, and rock n' roll" were what it was all about. But, by the time hair metal was a thing of the past, Nirvana had taken over the airwaves and Chris had slowly given up on his dream, now more lost than ever. The grunge revolution of the early nineties had quickly turned him against everything he had someday hoped to be.

Then one day, while Chris was hanging out with a new acquaintance, he discovered something that would change his life forever...a band with a huge blues influence, that played more straightforward rock n' roll than radio or MTV had seen or heard in years. When he asked the guy who this was, he replied, Candlebox. From that moment on, Chris had a new outlook on life, and had decided to become a singer/songwriter. He hasn't looked back since, forming countless bands and writing prolifically. The music he heard and felt that day made a lasting impression on him.

Chris now looks back on the eighties and acknowledges that if it weren't for those times there would have been no Nirvana, Blind Melon, or Candlebox, and he likely wouldn't have Dave Grohl (Nirvana), Shannon Hoon (Blind Melon), and Kevin Martin (Candlebox) to count as musical influences. "If it weren't for these guys I would have never found my calling," says Chris.

The past seven years have seen Chris Blevins form several very talented bands, including Area 51, Unglued (a band that opened for such acts as Warrant, Kiss Army, and Better Than Ezra), and Fallen (fln). Though each of these bands had the makings of something special, finding four band members with the talent and ambition to make it happen in the music business is a tall order. Thus, these bands made some noise but ultimately came and went.

These experiences led to the birth of Chris Blevins' newest project, The Out-Siders. Though definitely intended to be a band and not just a "solo project," The Out-Siders is currently a one-man show, with Chris writing and arranging all songs and enlisting the help of several talented musicians to record their parts.