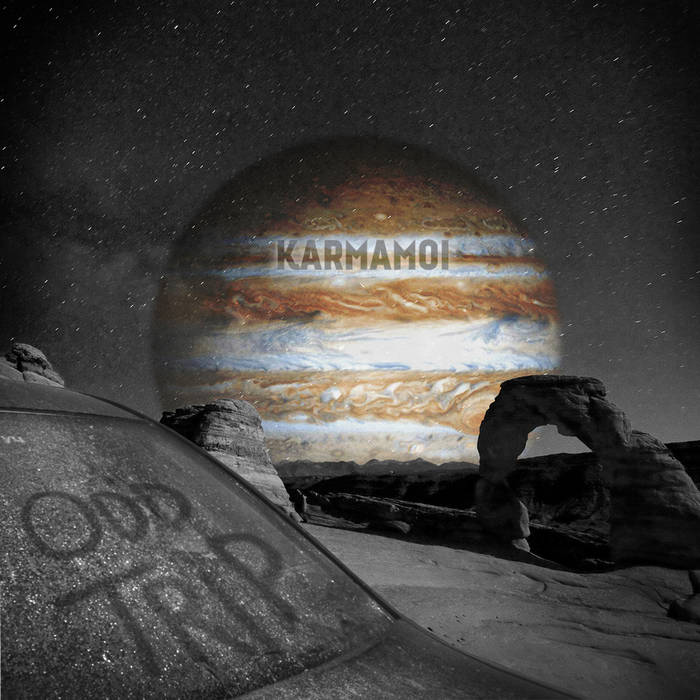 Karmamoi came into being in 2008, out of the needs of Daniele Giovannoni and Serena Ciacci to give life to a musical project that could express their personalities and their concept of music.

Where artistic endeavour, melody, electronic elements and rock distortions could cohabit and find a stable equilibrium, in an instantly recognizable sound made up of passion and aggression.

Clear ideas from the start, and from the start work by musicians able to be in total harmony with the project. The circle was closed with the arrival of Fabio Tempesta and Alex Massari on guitar and Alessandro Cefalì on bass.

In the next two years (2009-10) the band worked on their first disc and solidified a winning partnership that was to let them make headway among the various venues of the Italian musical underground.

In January 2011, they took part in the Eurosonic showcase festival in Groningen and officially launched their first album at Rising Love, one of the most popular stages of the Rome music scene. From here Karmamoi’s real rise began, with concerts (including, memorably, at the Rome Fnac), interviews and radio appearances.

In September 2011, the band had a busy schedule that took in the Supersonic Festival in Birmingham and Naples’ AWOP Festival.

With 2012, a new EP arrived entitled “Entre Chien et Loup”, officially launched at the Teatro Elsa Morante in Rome on May 17th. “Entre Chien et Loup” is a link connecting the pop proclivities of the band’s debut album and the rock/prog direction that the band’s work is hinting at currently. The EP includes the new single “Stesa”, which epitomizes the musical changes underway.

In June 2013, Karmamoi played in London, and returned there in November to launch, on the 22nd, their second album, “Odd Trip”, heralded by the release of the single of the same name, which makes the band’s musical evolution clear; the song is a prog rock mix that wrongfoots and at the same time wins over the fans.

On December 4th 2013, “Odd Trip” disembarked in Rome at Contestaccio and the sonic impact, here too, generated enthusiasm and satisfaction, in the public and the band.

Karmamoi are only at the start of their journey, but the signs are great: positive reviews, interviews and concerts that are spreading the band’s original music around the world.

Karmamoi played on April 16th at The Borderline in London, as opening act for the historic British prog rock group Curved Air. Sadly, this was the last concert with Serena and she has now left the band to work on her own music. With that, Karmamoi have now welcomed their new vocalist Joline Forshaw to the fold. She is very much immersed within the Prog genre and the band look forward to touring, writing and recording with her in the months ahead.

Stay tuned…we plan to be on tour in the Autumn.