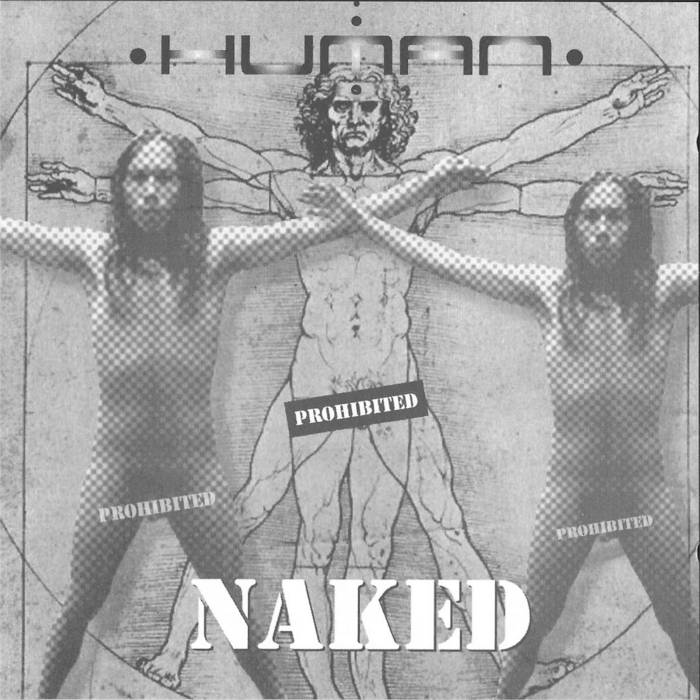 Naked is a reflection of the great changes in my life soon after moving from Ohio to Mendocino in Northern California. I was performing the song “Naked,” which I had written earlier that year while driving north along the Pacific Ocean on Hwy 1, at a ‘Breasts Not Bombs’ protest I helped coordinate in the Village of Mendocino. The protest was the brainchild of famous local activist and comedienne Sherry Glaser and was being filmed by local director Laurie York. When Laurie needed a soundtrack to her video, she called on me and paid me to go into Peter Temple Studio in Albion, CA to record a real studio version of the song for the video. Since I was already in the studio with my band, which was then known as “Human and the Musical Menagerie” we decided, “Why not cut a few more while we’re at it!?” Those sessions turned into a few more, I called in some favors from some musical friends around the country, and the album was complete. Acoustic guitars, steel drums, harmonica, hand percussion, and saxophone makes this album unique and interesting. I called on my old friends David Mayfield and his sister Jessica Lea Mayfield to help give life to ‘Don’t Blame Me I Voted For Willie Nelson,’ and the album was made even more interesting when famous local MC Radioactive produced an on-the-fly live looping track with me which we originally turned into a hidden track (When that was still a thing). Fun fact: the band actually recorded the song ‘Naked’ bare as the day we came into the world and we got it all on tape. This album was also released immediately after Mendocino County had fought and won a historic citizens’ rights battle against agro-giants Monsanto, Dupont, and Dow Chemical where we banned Genetically Modified crops from being grown in Mendocino County. The Measure H radio commercial, included in this album, was instrumental in building grassroots support and educating the local citizens about the truth on the ballot measure, eventually helping sway public opinion. The original release of the album also contained a self-produced pamphlet entitled “Who is Monsanto?” Grassroots hippie-activist goodness at its best!

Engineer: Peter Temple, except ‘Measure H Radio Spot’ and ‘Together’ by Jama Packard, and ‘Pegamusin’ by MC Radioactive.

Special thanks to Laurie York and Sherry Glaser