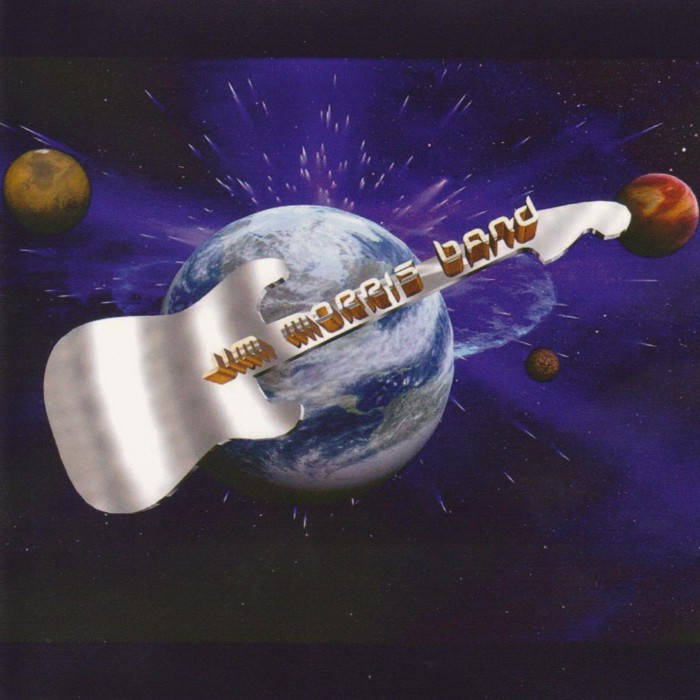 An instrumental, melodic rock odyssey that grabs you and takes you on an intensely personal journey. Recommended if you like Rob Metz, Joe Satriani, and Steve Vai, factory CDrp housed in a jewel case with a full-color book.

Jim is an enigmatic guitar player who burst onto the scene with his unique style of instrumental rock fusion. Jim’s sound is a combination of metal, jazz, classical, blues, and traditional rock. With the recent release of his intensely melodic second album, Lamentia, Jim is leaving his mark on the music world by elevating the rebirth of instrumental fusion.

Jim started playing guitar at the age of thirteen. Under the instruction of Bud Hanus of Huber and Breeze Music Studio, Jim studied blues, flat picking, rock, and shred while developing his unparalleled picking style. Additional studies in music theory and four-part harmony with Alfred Marco fused Jim’s outstanding abilities with classical composition. Jim’s musicianship courses with Jim Ohrt taught him to play with discipline and creativity in an ensemble setting while using his technical skills and harmonic understanding to create contemporary instrumental voicing. Jim’s skills were first recognized when he was selected to perform with the Michigan All State Jazz Band in 1988. Since that time, Jim has been able to work as a professional guitarist with ease. Playing professionally has given Jim the opportunity to pursue his interest in the art of recording instrumental rock. In 1993 Jim began (and continues) to churn out what is now a massive library of music in his personal eight-track studio. At this time Jim also collaborated with producer Jim Taro of Taroland studios and recorded his first solo release Jim Morris Band. This powerful C.D. established Jim as a legitimate recording artist and launched the single Pseudofus to number three on the C-NET charts in early March of 2008. Currently, Jim is in pre-production for his third solo endeavor. The ability to create his own wide range of instrumental rock music has allowed Jim to merge unforgettable melodies and complete orchestral movements with his own unmistakable guitar voicing.