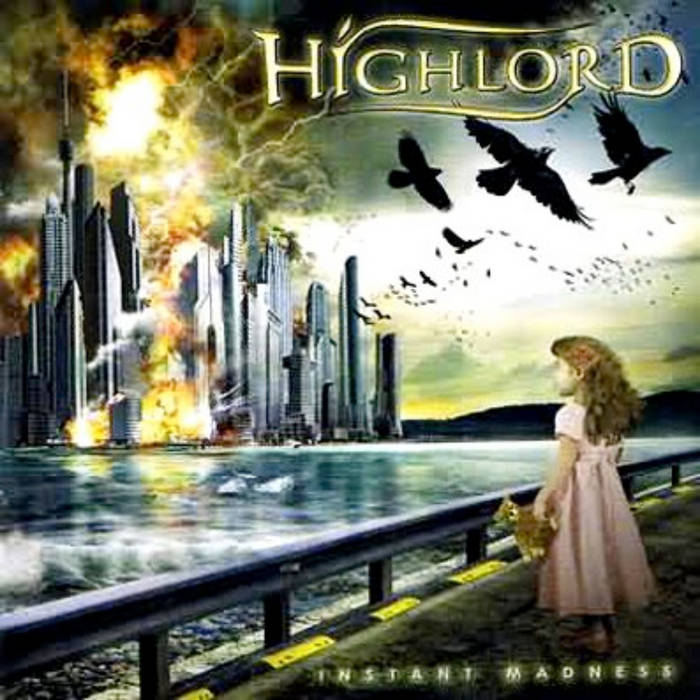 HIGHLORD joined together in 1996 with the monicker AVATAR. The band recorded a demo tape featuring the songs eventually released in the first album. Thanks to that tape label Underground Symphony had them sign for its roster, but because of line-up problems the band wasn't able to record the CD.

After a while the band reached a new agreement with another label, Northwind Records, to record its debut CD. New singer Vascè joined in and ‘Heir of Power’ was finally recorded and released in 1998.

‘When the Aurora Falls...’ was recorded in June 2000 at New Sin Studios and released in January 2001, with the new drummer Luca Pellegrino. The response of the audience and specialized press was enthusiastic and Highlord could take place in the Italian and foreign Metal scene.

In 2002 Highlord contributed to Steelborn Records’ ‘Revenge - The Triumph of… Tribute to Manowar’, with the song ‘Thor’, from the album ‘Sign of the Hammer’, featuring ‘Sister Witch’ on the vocals.
In that period Vascè left the band sick of playing metal and the new singer Andrea Marchisio joined. In

May 2002 Highlord recorded the new album ‘Breath of Eternity’, that was released in Japan by Sound Holic on August. Japanese release featured the bonus track ‘Pegasus Fantasy’, cover of the Japanese band Make-up, well known for being the soundtrack of the famous anime ‘Saint Seya.’ The European version was released in October of the same year.

In December 2002 the Spanish label Arise Records released the second issue of ‘Keepers of Jericho’, a tribute to Helloween, and Highlord took contributed with the song ‘Power’ from the album ‘The Time of the Oath.’

In January 2004 the band entered New Sin Studios again to record its fourth full length, called ‘Medusa's Coil’. The album was released in April by Sound Holic for Japan and in May by Arise Records for the European market. ‘Medusa's coil’ was also licensed in Taiwan and Russia.