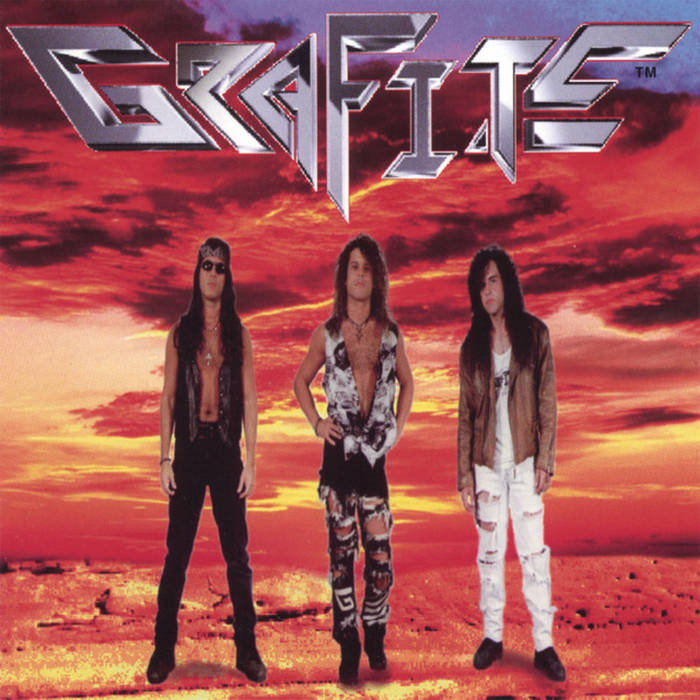 Grafite (composed of the brother team Marco & Bus Pete along with Eddie Festa on drums. This is a three-piece power trio based in the Boston area since the late 80s. Touring the East Coast has resulted in a large following, finally getting interested by A&M Records in New York City.

The making of their first CD went completely over budget sending Grafite into financial turmoil. The masters were held hostage until complete payment of the balance was paid to the mastering studio. These events delayed Grafite’s first release by one year.

In 1994 Grafite’s self-titled CD was finally ready for release. When Grafite legal representative presented the CD to A&M they took one look at the cover picture and said “we are not investing in hair bands anymore”, due to the recent success of the “Grunge” sound and look.